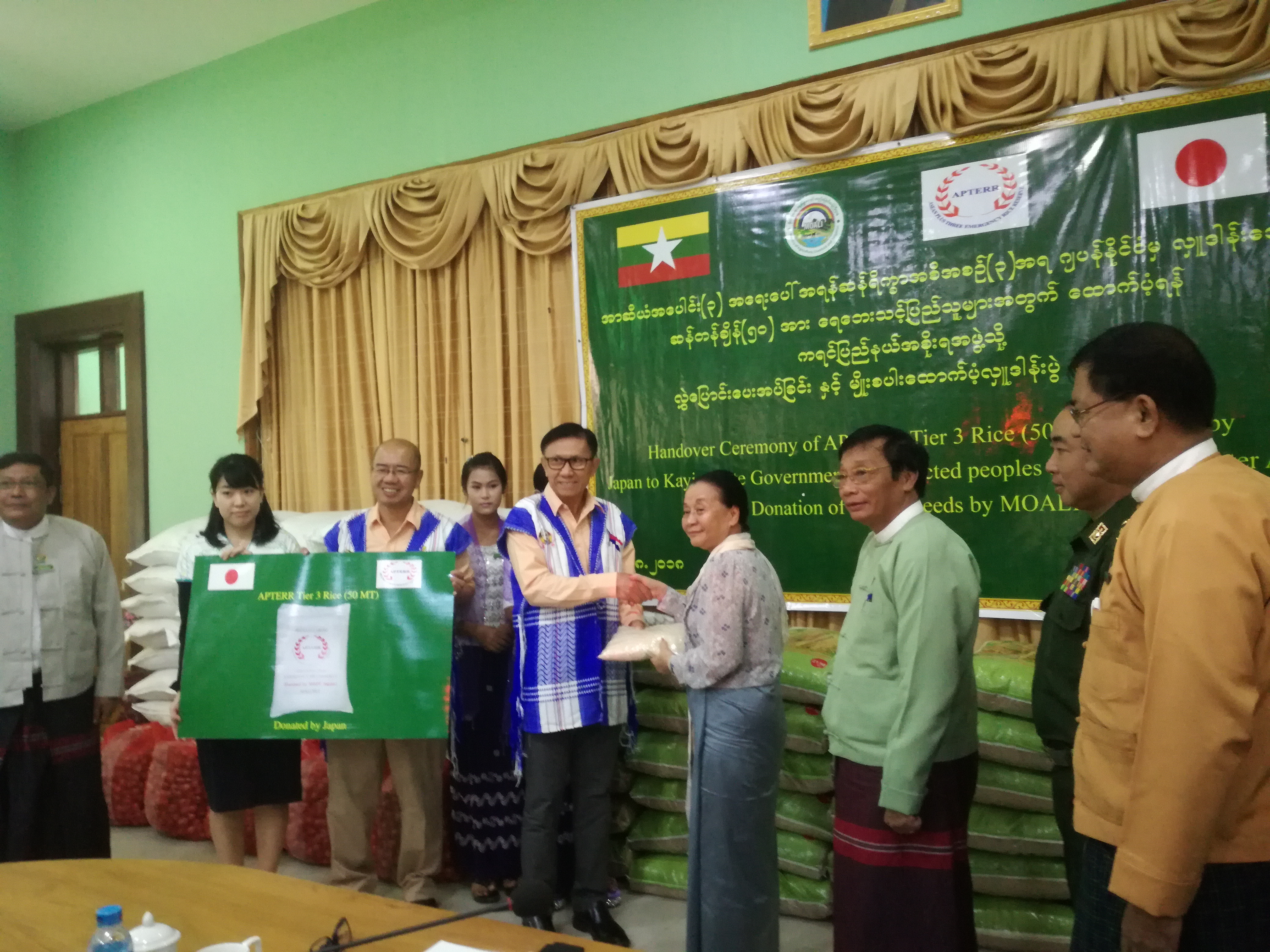 The APERR Secretariat provided 86-MT rice assistance contributed by Japan to help 52,756 people affected by catastrophic floods and landslides in Kayin and Mon states of Myanmar.

Due to widespread damages caused by the monsoon floods, hundred thousand of people have been affected. Bago, Tanintharyi, Kayin, and Mon are the heaviest affected areas where a number of people are still living in the temporary camps. Earlier this month, the APTERR Secretariat released 50-MT rice under Japan’s contribution in Bago and this latest 86 MT would be distributed to people in Kayin and Mon with the amount of 50 MT and 36 MT respectively.  The Department of Agriculture (DOA), Ministry of Agriculture, Livestock and Irrigation (MOALI) also planned to request the APTERR Secretariat for releasing an additional 52.5-MT rice from the same to contribution in response to the needs of people in Tanintharyi.

Myanmar's Deputy Minister of Agriculture, Livestock and Irrigation U Hla Kyaw thanked Japan during the ceremonial rice distribution held on 17 August 2018 in Kayin and Mon states, for a generous rice contribution as well as the APTERR Secretariat for supporting the rice assistance to those affected in Myanmar.