Handover and distribution of rice in Kachin State, Myanmar

Handover and distribution of rice in Kachin State, Myanmar 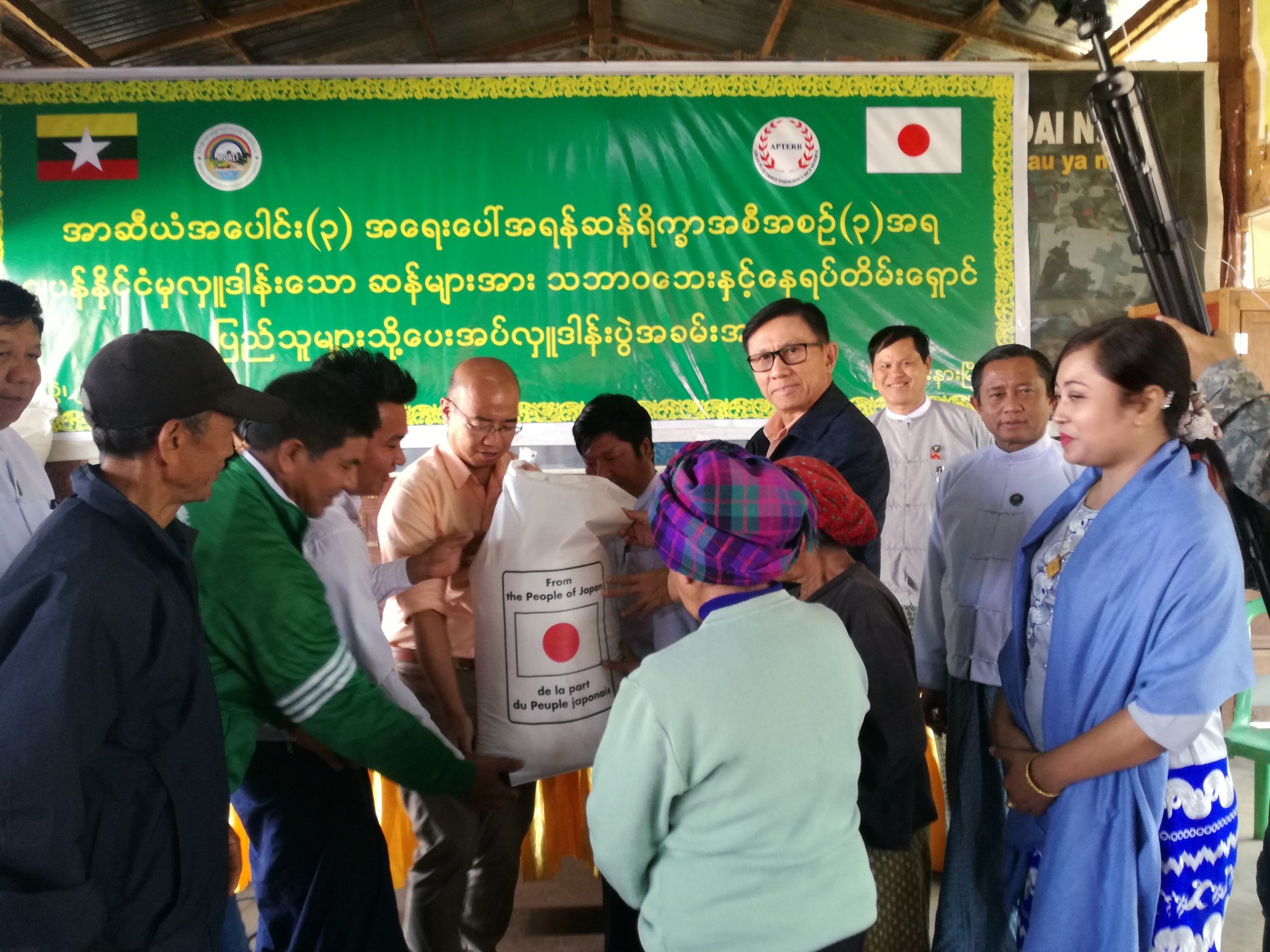 The ceremony was held on 21 February 2018 by the Department of Agriculture (DOA), Ministry of Agriculture, Livestock and Irrigation, Myanmar led by Permanent Secretary Dr. Tin Htut and Deputy Director of DOA and the APTERR Council Mr. Aye Ko Ko in collaboration with Kachin’s state agencies. Dr. Khat Aung, Chief Minister of Kachin State, expressed his sincere thanks and appreciation to the Government of Japan and the APTERR for providing rice assistance to those affected people. According to their distribution plan, 311.477 MT of rice will be distributed to 8,369 households in Myitkyina, Mohnyin, Bhamo and Puta-O districts in Kachin State. The rice can cover those affected people for about two weeks.

This rice distribution is part of 500-MT rice contributed by Japan through APTERR’s Tier 3 programme to be stored in Myanmar for the emergency situation. After the recent release, there are still 188.5386 MT of rice remaining in the country.