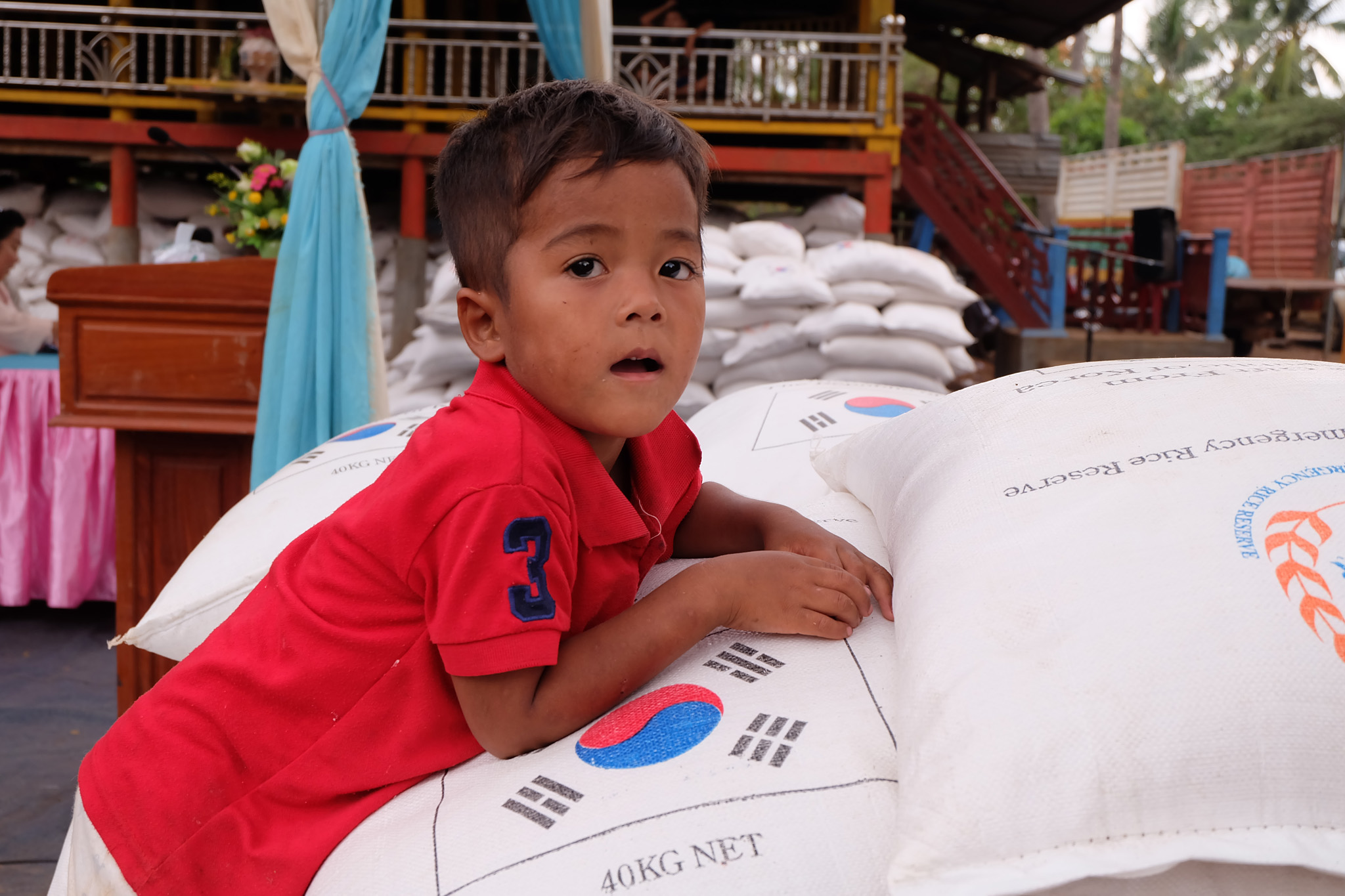 The APTERR Secretariat attended the ceremonial turnover and actual distribution of 178-MT rice contributed by the Republic of Korea to help people affected by drought and flash flood in Cambodia. The ceremonies were hosted by the General Directorate of Agriculture (GDA), Ministry of Agriculture, Forestry and Fisheries of Cambodia in five provinces; Svay Rieng, Tbong Khmom, Preah Vihear, Kampong Thom and Banteay Meanchey, during 29-31 January 2018. Secretaries of State of the MAFF, Director General of the GDA and the APTERR Council from Cambodia participated in these significant ceremonies.

The GDA in cooperation with the Provincial Department of Agriculture, Forestry and Fisheries (PDAFF) will distribute each of 4,450 households with an amount of 40 kg. of rice. The GDA expected to finish the rice distribution three days after the ceremony.

This donated rice is part of 250-MT rice contributed by the Government of the Republic of Korea though APTERR Tier 3 programme. The rice has been prepositioned at GDA’s warehouses located in three provinces; Takeo, Kampong Cham, and Battambang, since July 2017 to prepare for an emergency or acute situation. After the 178-MT rice release, there are still 72 MT remaining in the country.