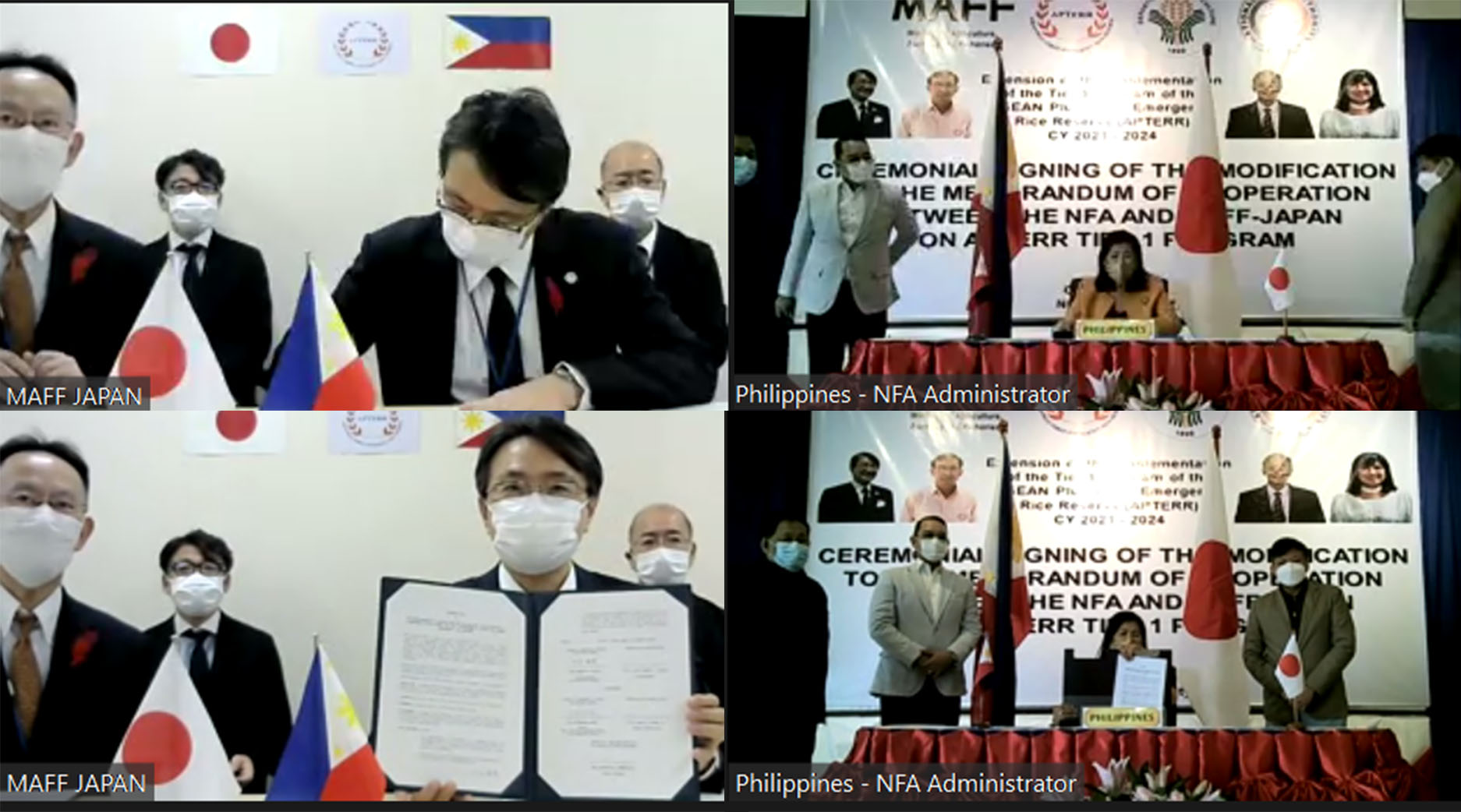 The virtual signing ceremony of the Modification to the Memorandum of Cooperation (MoC) for the Release and Utilisation of Earmarked Stocks under the Tier 1 Programme of ASEAN Plus Three Emergency Rice Reserve between the Philippines and Japan was conducted and facilitated by the APTERR Secretariat on 8 October 2021 under the supervision of Mr. Chanpithya Shimphalee, General Manager of the APTERR Secretariat.

Attorney Judy Carol L. Dansal, Administrator of the National Food Authority (NFA), the Philippines and her counterpart Mr. Hirakata Yusaku, Director General of Crop Production Bureau, Ministry of Agriculture Forestry and Fisheries (MAFF), Japan signed the Modification to the MoC among the witnesses from several agencies including, the NFA, the MAFF, the Mission of Japan to ASEAN, the Embassy of Japan in the Philippines, and the APTERR Secretariat.

This significant event marked another achievement of the APTERR under monumental efforts of the Philippines and Japan through the APTERR Tier 1 programme in utilising the earmarked emergency rice reserve to safeguard food security in the country together with strengthening cooperation among the two parties. Furthermore, the Philippines and Japan endeavoured to precipitate the APTERR’s mechanism, especially the Tier 1 and Tier 2 programmes, into practicality for the greater achievement of the APTERR in the future.