The deal on Tier 1 extension was successfully concluded by the Philippines and Japan.

The deal on Tier 1 extension was successfully concluded by the Philippines and Japan. 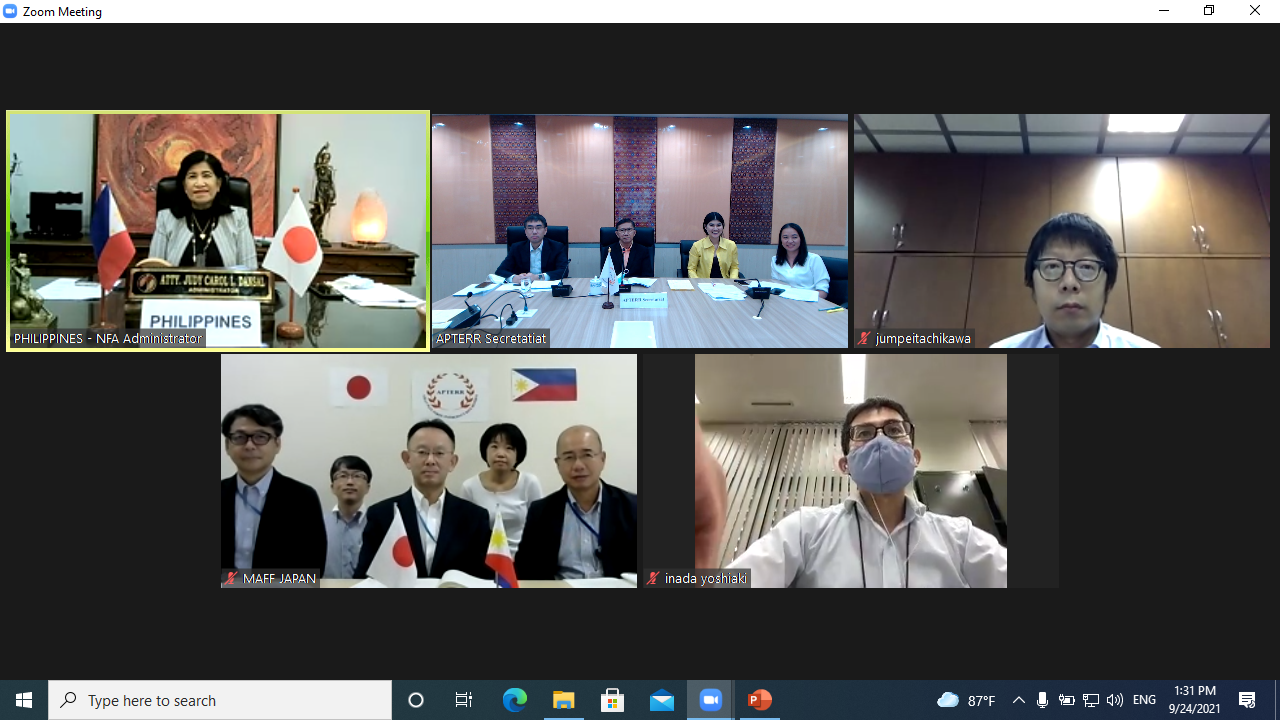 After entering into several discussions hosted by the APTERR Secretariat, the Philippines and Japan finally reached the mutual consent on the draft Modification to the Memorandum of Cooperation (MoC) of Tier 1 programme at the 4th virtual meeting on the extension of Tier 1 programme on 24 September 2021. The APTERR Secretariat led by General Manager Mr. Chanpithya Shimphalee took a role as a facilitator of this successful cooperation.

Atty. Judy Carol L. DANSAL, Administrator of the National Food Authority (NFA) was the head of the Philippines’ representatives attending the meeting, while Japan was led by Dr. HAGIWARA Hideki, Director of Grain Trade and Operation Division, Crop Production Bureau of Ministry of Agriculture, Forestry and Fisheries (MAFF). Also, the representatives from the Mission of Japan to ASEAN and the Embassy of Japan in the Philippines were present.

Thanks to all efforts and hard works, the meeting became productive and fruitful. The highlights were to confirm the signatories of both parties and to conclude all remaining issues to be ready for the signing of the Modification.

The virtual signing ceremony between the Philippines and Japan was tentatively set to be on 8 October 2021.