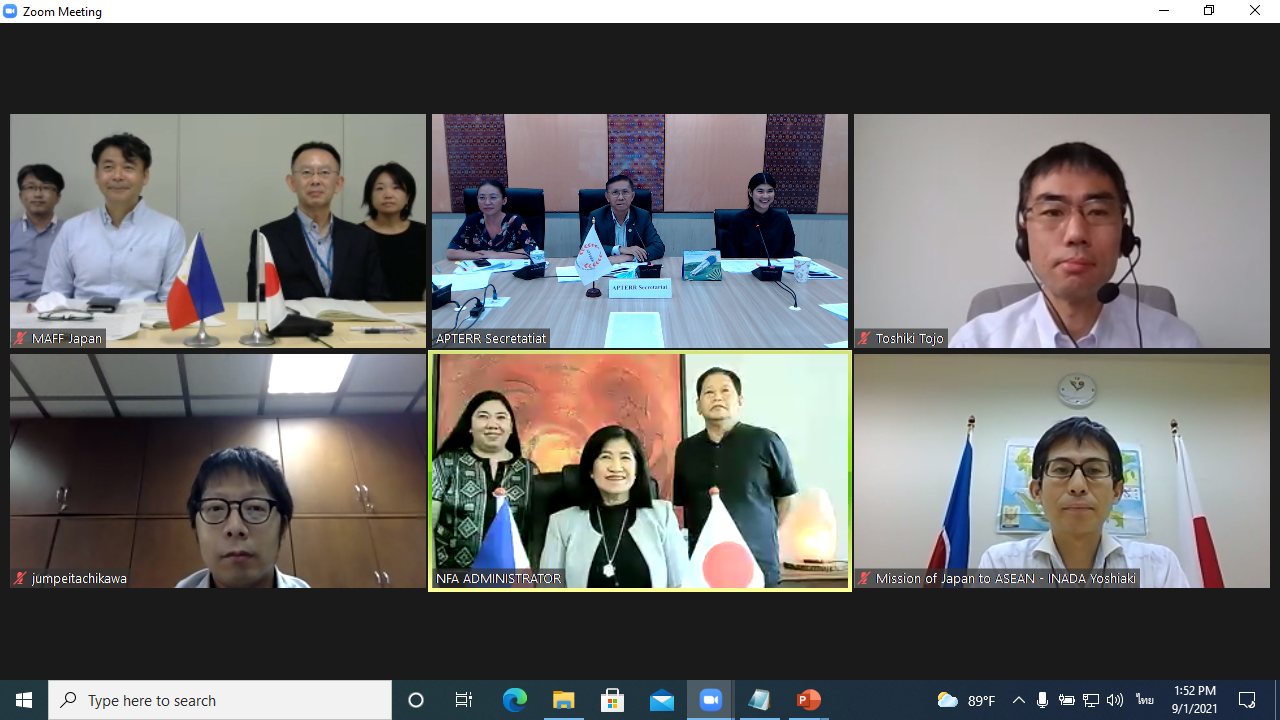 During the meeting, Atty. Judy Carol L. Dansal, Administrator of the National Food Authority (NFA) of the Philippines, announced the good news that the NFA already received an approval from the NFA Council to extend the Tier 1 programme with Japan. Dr. Hideki Hagiwara, Director of Grain Trade and Operation, the Ministry of Agriculture, Forestry and Fisheries (MAFF) of Japan thereupon welcomed this great news and encourage the meeting to make a remarkable achievement under the Tier 1 programme.

Finally, and most importantly, the meeting agreed to conduct the virtual signing ceremony of the Amendment for the extension of Tier 1 programme on 1 October 2021. Prior to that, an additional meeting to wrap up all the remaining issues including the preparedness of the ceremony will be held on 24 September 2021 via videoconference.