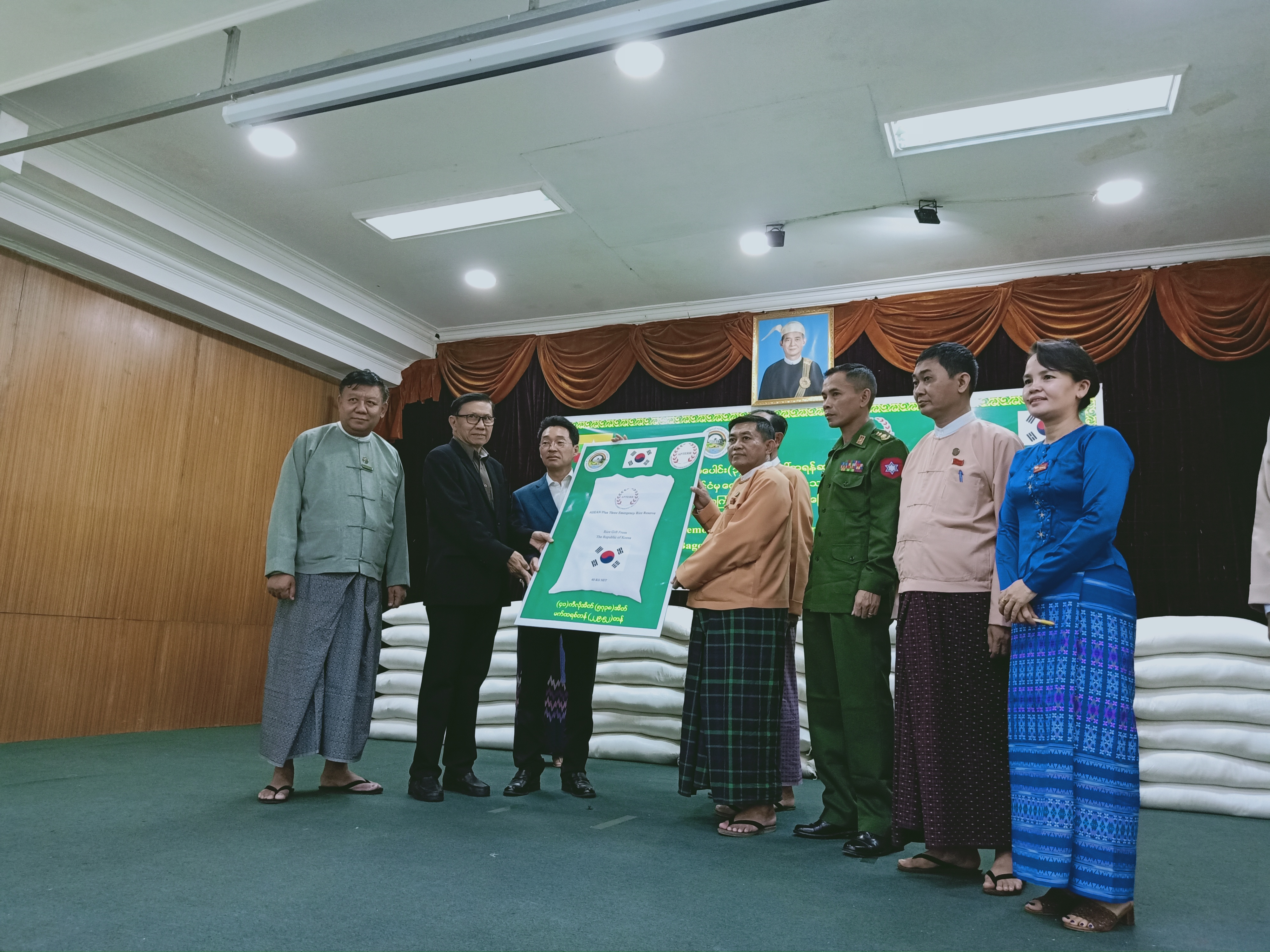 General Manager of the APTERR Secretariat Mr.Chanpithya  Shimphalee together with APTERR teams witnessed the distribution of 229.52 MT-rice contributed by the Korean government to assist nearly 30,000 people affected by severe floods and landslides in Bago region, Myanmar on 29 October 2019.

The ceremonial handover of APTERR rice to the Bago Region Government was first took place at the city hall and presided by Chief Minister of Bago Region Dr. Win Thein. There were representatives from the Embassy of the Republic of Korea led by Commercial Attaché Dr. Yang Dong Woo, Ministry of Agriculture, Livestock and Irrigation of Myanmar led by Deputy Director General of the Department of Agriculture and the member of APTERR Council Mr. Aye Ko Ko as well as other local government agencies participating in this significant event.

Then, the APTERR Secretariat accompanied by Mr. Aye Ko Ko and his team joined the rice distribution to people affected by the disastrous calamities in Kawa township where more than a hundred of people including beneficiaries attended.  During the event, Mr.Chanpithya had chance to discuss and update on the current situation with local officers.

This rice distribution was part of Korea’s 500-MT rice contribution to Myanmar through Tier 3 programme. The rice had been stored in the DOA’s warehouse in Yangon since April this year to be ready for the emergency situation in the country.