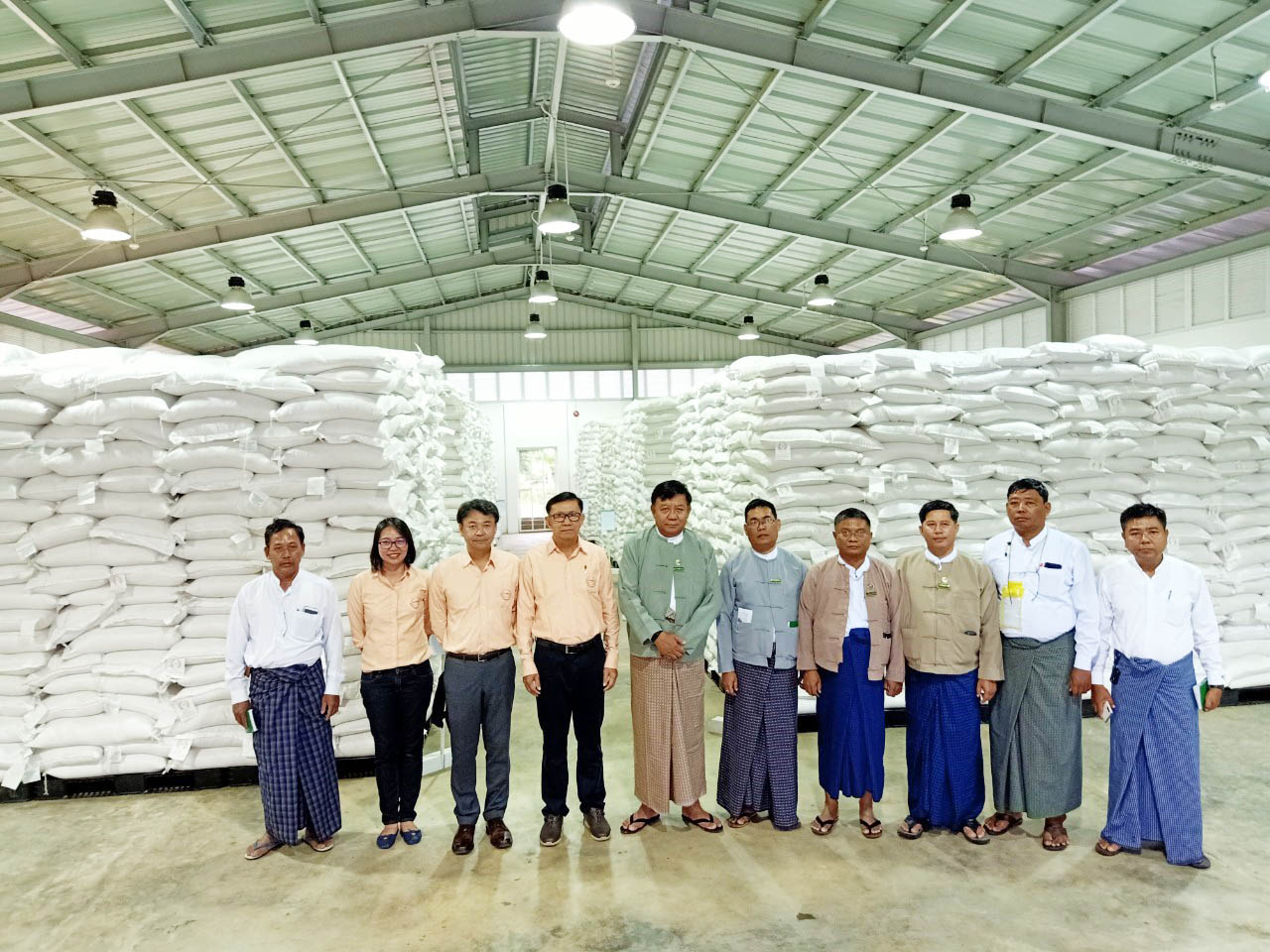 Rice contributed by the Government of the Republic of Korea (ROK) through APTERR Tier 3 programme was allocated to minimise the suffering of people affected by floods and landslides in Myanmar.  General Manager of the APTERR Secretariat, Mr. Chanpithya Shimphalee, accompanied by Deputy Director General of Department of Agriculture (DOA) and the APTERR Council member from Myanmar, Mr. Aye Ko Ko, attended the ceremonial rice distribution held in Bago region during 9-10 September 2019.

During the event, the Bago Region Government updated the flood situation and thanked the ROK as well as the APTERR for supporting rice relief to people affected by disastrous calamities.

The rice was part of the ROK’s 500-MT rice contribution. It has been stored in Myanmar since April 2019. Due to the heavy monsoon rains in August 2019, many states and regions, particularly Bago, Kayin, Mon and Tanintharyi, faced severe floods and landslides causing more than ten thousand people displaced and agricultural areas damaged. The Government of Myanmar through the DOA requested the APTERR for the total release of 270.46-MT rice under the ROK’s 500-MT contribution to assist those affected in the abovementioned four states and regions.