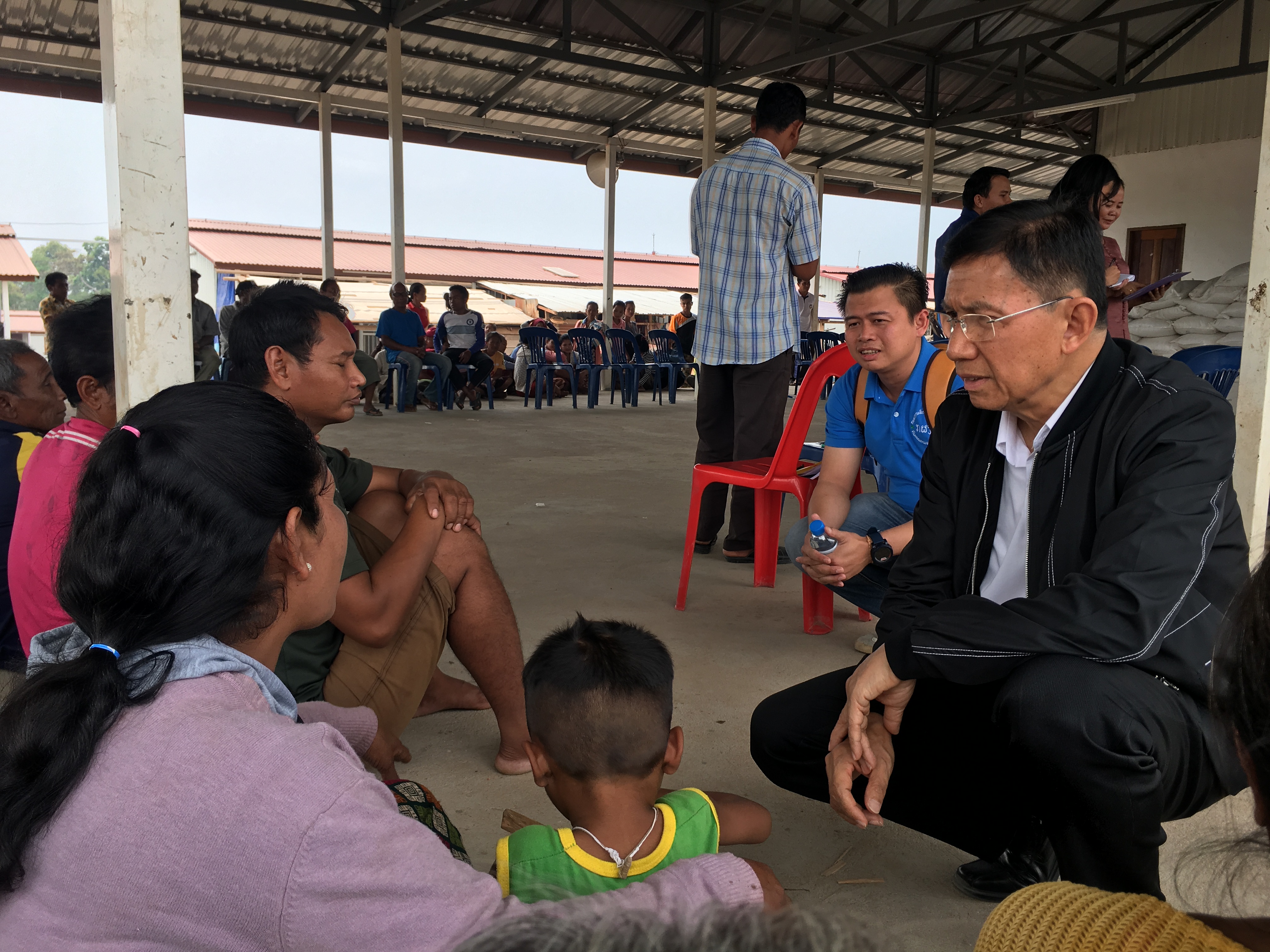 The rice distribution was held on 14 March 2019 at the temporary residence in Sanamxay district, where was the most flood-affected area. Minister Counsellor of the Korean Embassy in Lao PDR Mr. Park Heungkweun and representatives from Lao PDR’s Ministry of Labour and Social Welfare (MLSW), Ministry of Agriculture and Forestry (MAF), local government agencies as well as the World Food Programme (WFP) also participated in the programme. Meanwhile, Chief of Attapeu Provincial Labour and Social Welfare office Ms.Umka Sriharaj presided at this ceremony.

Under Korea’s 1,000 MT-rice contribution, 408.968 MT has already been distributed to more than 15,000 beneficiaries since January 2019. For the remaining 591.032 MT, the MLSW is going to distribute to those affected people, mainly in five temporary residences and other six villages within April 2019. In this occasion, the Lao Government expressed the sincere gratitude to the Korean Government for the generous rice contribution through Tier 3 programme as well as the APTERR for cooperation in this programme.

Since the floods and dam collapses last year, many affected people have been living in the temporary residences in Sanamxay district. The distribution of Korea’s rice will fulfil their needs on food assistance and also enhance the government’s capacity on strengthening food security in the country.