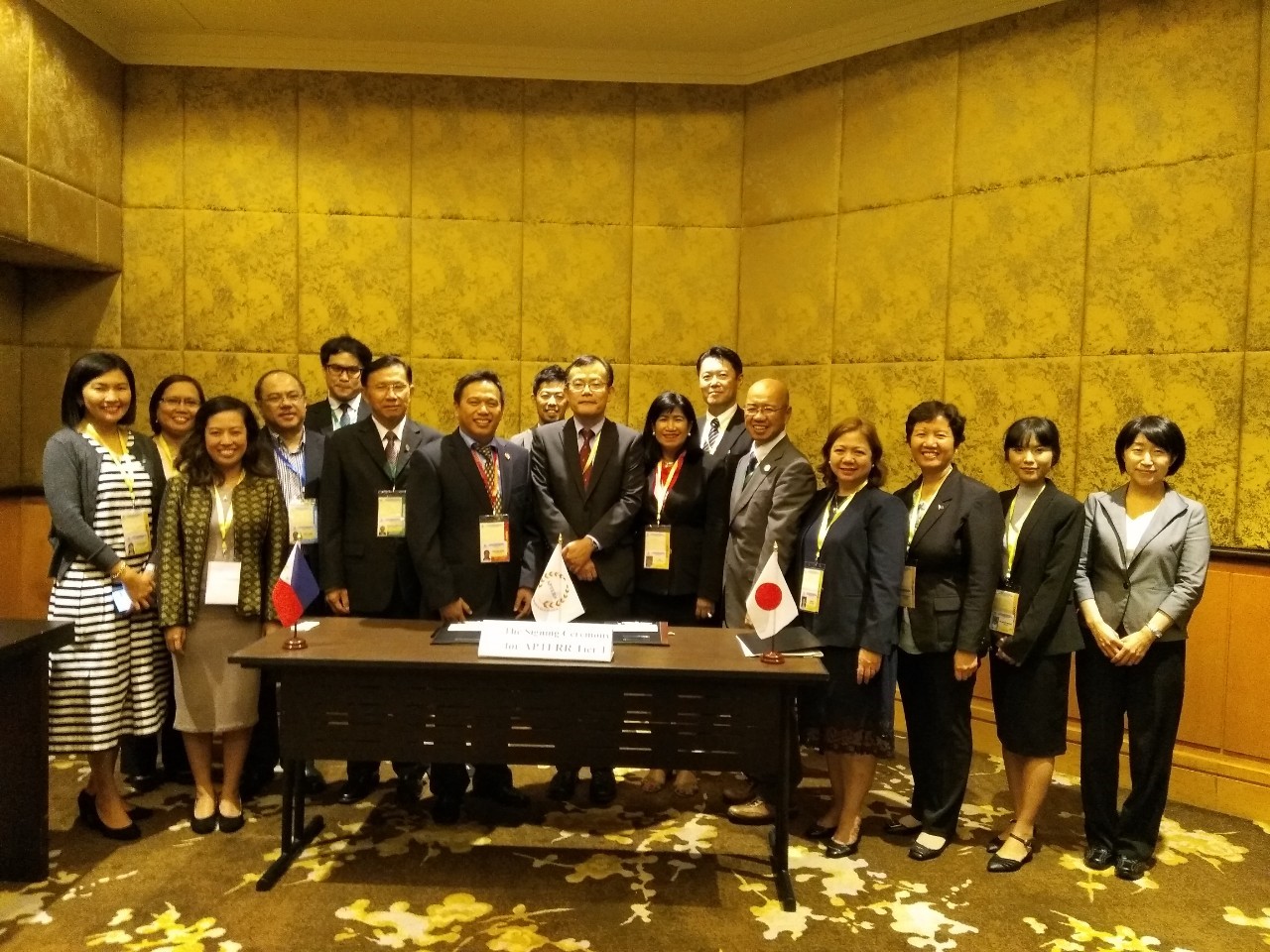 The ASEAN Plus Three Emergency Rice Reserve (APTERR), in 2021, is going to celebrate its 10th anniversary of establishment as a regional mechanism that strengthens food security and reduces poverty in the ASEAN Plus Three region (APT). With tremendous passions and efforts from the member countries as well as other relevant parties being put into it, the APTERR now develops and settles itself as one of the most reliable and reputable mechanisms to help assist people during times of emergency caused by disasters, which includes human-induce hazard, through many effective rice-providing programmes. Nevertheless, an efficiency of the programme improvement is always essential for the APTERR activities. That is why this article is going to discuss about potential ways for further improving the works of the organisation in 2021, particularly the implementations of Tier 1 and 2, the achievements of which are seemed to be far off from what they have been expected.

To provide some backgrounds, there are overall three programmes for releasing rice under the APTERR mechanism comprising Tier 1,2 and 3, using two types of rice reserves namely Earmarked rice and Stockpiled rice. Earmarked rice is a certain quantity of rice which every APTERR member country commits to keep available in accordance with the APTERR Agreement and designated to be resources for Tier 1 and 2. The difference between these two said programmes is that the Tier 1 is utilised for responding to anticipated disasters, while the Tier 2 is for the disasters that are abruptly occurred without any anticipation. Another difference is that the Tier 1 is initiated by a forward contract stating quantity and grade of rice, term of delivery and payment, as well as pricing method in advance. Both programmes are carried out under a commercial basis, except for some of the Tier 2, a payment of which is maybe made as a loan or grant subject to a mutual consent between supplying and demanding countries. However, any countries who request for rice assistance through the Tier 3 programme will be supplied with the Stockpiled rice. The Tier 3 is a programme of rice contribution under a voluntary basis from the donor country and used for preposition for the predicted calamities and urgently addressing unexpected occurrence of disasters.

As of now, since the establishment of APTERR, there has only been one Tier 1 programme implementation, while Tier 2 has not yet to be activated. The only Tier 1 programme is still in a commencement state enforced by a Memorandum of Cooperative signed between Japan as a supplying country and the Philippines as a demanding country. Regarding this, there have been rice assistances donated through the Tier 3 for 33 times from five donors to seven recipient countries, making it the most active programme out of all the threes.  This brings us to the question as to why there are not many countries being interested in participating in Tier 1 as well as Tier 2, especially as a demanding country. Throughout the years, there is one frequently asked question, which is as to why the Tier 1 and 2 are needed when their purposes can be achieved through normal trade with significant less complicate steps (Tier 1 and 2 are also a trading of rice). This generates the idea that maybe one of the reasons of their low popularity is because the advantages, rational along with the purposes of their existences are never really understood well enough.

In order to understand the reasons of Tier 1 and 2, the extent of social and economic impacts on food security inflicted by the export restriction during the 2007-2008 World Food Price crisis needs to be acknowledged first.  The World Food Price crisis is the term used referring to the period of time when the price of staple foods such as rice, maize, wheat and soybeans surged by more than 100 %. The event had pushed more than 40 million people into undernourishment problems, thus causing developing nations especially those in the low-income group to descend into political and social instability.  There were several factors thought to be attributed to the problem such as a decline in growth of agriculture production, higher energy prices that brought soaring costs of agriculture production, or the increasing demand from emerging countries. Due to this, the existences of the Tier 1 and 2  were introduced to be measures for ensuring food security, which was disrupted by the export restrictions imposed by many major food producing countries during the crisis. As many as around 40 countries imposed the limit on food exportation, broke trading contracts, and halted trading as means to make food supply available and decelerate the inflation of food prices in their domestic markets. Despite these being the countermeasures to help alleviate uncertainty in food supply, they eventually came under severe criticism since they exacerbated an already dire problem by decreasing the supplies of staple foods in the international market. This, therefore, caused several food-importing countries into potential food shortage as well as forced them to lower or entirely exempt import tariffs as such actions were necessary for acquiring the supply to their own markets in a time of abnormality.

This is where the reasons of Tier 1 and 2 lie as both programmes provide an insurance of food supply availability to any member country in need of rice when facing acute implications of calamities. I would like to  ask you to imagine that the said calamities were occurring during the time of food-relevant crisis and the affected country had needed to import the rice critically. The scarcity of food supply in international market induced by hoarding problem would make rice acquiring nearly impossible. A recent COVID-19 pandemic gives a decently concrete example on how several countries enforced export restrictions on foodstuffs causing their import-dependent countries, many in middle-east, to fall into food shortages.

With both programmes utilising the Earmarked rice, they provide not only an alternative source to get the rice from, but also assure the rice availability. This is because the Earmarked rice is always guaranteed to be made available for release under the Tier 1 and 2, as well as will be replenished to its commitment level for each member country every twelve-month cycle in compliance with the Rules and Procedures of Release and Replenishment of Rice Reserves. Moreover, the forward contract under the Tier 1 implementation also acts as a written insurance making sure that the demanding country will be ensured the rice from supplying country based on the contract. Also, any contracts, commitments and responsibilities to help safeguard food security under APTERR will be more trustworthy than bilateral agreements, which is inclined to be broken during global-scale emergency. The reason to that is because they are further ascertained by the fact that the APTERR is a permanent official multilateral mechanism governed by the APTERR Council from 13 countries and constituted by the APTERR Agreement.

In summary, one of the major intentions for both Tier 1 and 2’s existence, which not many people really recognise, is to further strengthen food availability and provide rice resources to prevent food insufficiency during severe calamities happening. Especially, when those disasters occur in parallel with a shortage in food-supply in international market induced by global-scale food crisis events. That is why to put more emphasis on promoting the advantages of the Tier 1 and 2 would be necessary to convince more member countries to participate in these programmes. Preferably, when some aspects of those advantages that are superior than that of the normal trading routes and already simplified enough to make it easy to understand. With more countries realising the potential and capabilities of both programmes, more food availability will be guaranteed to more people and the threats of food shortages will be substantially reduced, especially during a time of uncertainty when the globe is now being ravaged by the unprecedented COVID-19 pandemic.

APTERR. (n.d.). Rules and Procedures of Release and Replenishment of Rice Reserve. (n.p.).

Could Worsen a Looming Food Crisis.