ASEAN PLUS THREE EMERGENCY RICE RESERVE (APTERR) RECONISED AS A PRIORITY MECHANISM TO INSTILL FOOD SECURITY IN THE ASEAN.

ASEAN PLUS THREE EMERGENCY RICE RESERVE (APTERR) RECONISED AS A PRIORITY MECHANISM TO INSTILL FOOD SECURITY IN THE ASEAN. 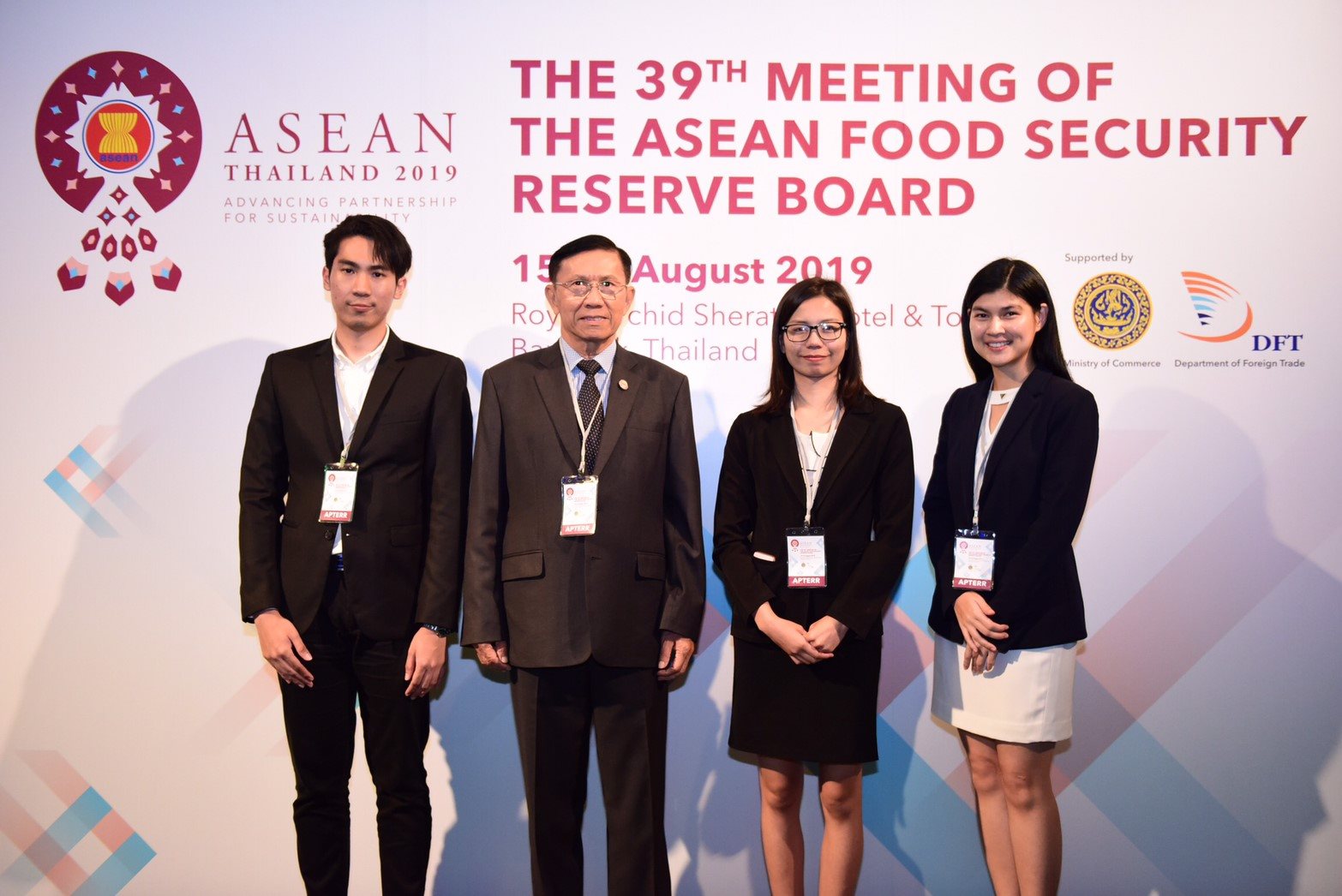 The ASEAN region has occasionally experienced a long-lasting food insecurity issues that pose a critical threat to livelihood and well-being of its citizens. To make the matters worse, during the years 2007 and 2008, the ASEAN Member States (AMS) had witnessed a social and economic impact of the world food price crisis, in which the price of staple foods was unprecedentedly increased due to several important factors such as rising fuel price and changes in climate pattern. From these reasons, the AMS realised that, in order to address the challenge, systematic policy framework along with work plan that prioritised on the accurate and inclusive agricultural data, sustainable food commodity production and trade, and timely relief mechanism of food supply in times of emergency were needed to be developed. Hence, the 14th ASEAN Summit held in 2009, pledging to embrace food security as a permanent and high policy priority, adopted the ASEAN Integrated Food Security (AIFS) Framework and Strategic Plan of Action – Food Security (SPA – FS) to be used during 2009-2013.

To elaborate the matters, the AIFS Framework 2009-2013 was created with principle goals to strengthen overall food security in the long run and enhance quality of farmers’ lives via four components including (i) Strengthening emergency shortage relief arrangements (ii) Promoting a conducive food commodities market and trade (iii) Encouraging integrated food security information system, and finally (iv) Adopting innovative approaches to enhance sustainable food production and overcome food-related challenges. In relation to this, the SPA-FS was also formulated with an intention to help clarify and concretise the above-mentioned components by providing lists of activities, timeframe, as well as agencies or mechanisms responsible for executing thereof. Considering a necessity of integrated framework and work plan, the AMS recognised the vital need to continue the AIFS Framework and SPA-FS to cover the year 2014 as well as the development of a new framework for the next five years period. Consequently, the AIFS Framework and SPA-FS 2015-2020 was officially endorsed at the 25th ASEAN Summit held in 2014 with an additional component to develop nutrition-enhancing agriculture.

As already mentioned, the SPA-FS needs to identify agencies or relevant mechanisms for pragmatically carrying out the implementation programmes and activities necessary for the accomplishment of the strategic thrusts provided by the AIFS Framework. That’s when the East Asia Emergency Rice Reserve (EAERR) was brought up to the attention as its objectives and rationale, to provide rice assistance to any member states in emergency situation as well as to eradicate poverty and hunger problems, were considered to be in line with the component (i) of the AIFS Framework. This is coupled with the fact that during 2007-2008 world food price crisis, the soaring price and the exportation blockage of rice forced many into the danger of food insufficiency since rice was one of the most significant staple foods in the region. As a result, the SPA-FS placed the EAERR as a priority to be further developed into a permanent mechanism as well as incorporated it to be a part of the responsible mechanism to implement the activities for ensuring food security in the region. Therefore, in order to be more efficient and responsive, the EAERR was then developed into a new permanent mechanism named the ASEAN Plus Three Emergency Rice Reserve (APTERR) in 2011, followed by the launch of the APTERR Secretariat in 2013, which had been marked as one of significant key achievements of the AIFS Framework and SPA-FS 2008-2013. In addition, the AIFS Framework and SPA-FS 2015-2020 also mentions a further importance on the APTERR mechanism to be enhanced and fully utilised by a set of measures, which includes the strengthening of rice reserve release mechanism by country-specific through three tier programmes, establishment of Monitor and Evaluation (M&E) system, staff training, an assessment of Food Emergency Monitoring and Information (FEMI), and lastly, studying on the possibility to expand food commodities coverage. Relative to this, the continuation of the APTERR mechanism’s engagement for shortage food relief is also underlined in the recent AIFS Framework and SPA-FS 2021-2025, endorsed by the 42nd ASEAN Ministerial Meeting on Agriculture and Forestry (AMAF) held in Cambodia on 21 October 2020.

In summary, the AIFS Framework and SPA-FS was created from mutual commitments of AMS to eradicate food insecurity in the region.  In order to achieve the said goal, one of the main contributors to the problems, a lack of food availability and accessibility originated from common occurrences of natural and man-made disasters, needed to be swiftly addressed through the utilisation of APTERR mechanism. That’s why the AIFS Framework and SPA-FS emphasise on the existences of APTERR as one of their supporting mechanisms as all of them have the common goals to improve the quality of lives of the people in the ASEAN region by making the region free of hunger, malnourishment, and food instability problems in the long term.

Plan of Action on Food Security in The ASEAN Region (SPA-FS). https://cil.nus.edu.sg/wp-content/uploads/formidable/18/2009-2013-AIFS-Framework-and-SPA-FS.pdf

ASEAN. (2020). The Forty Second Meeting of The ASEAN Ministers on Agriculture and Forestry

Pongsrihadulchai, A. (2019).  A Review and Evaluation of APTERR Programmes and Activities. (n.p.).