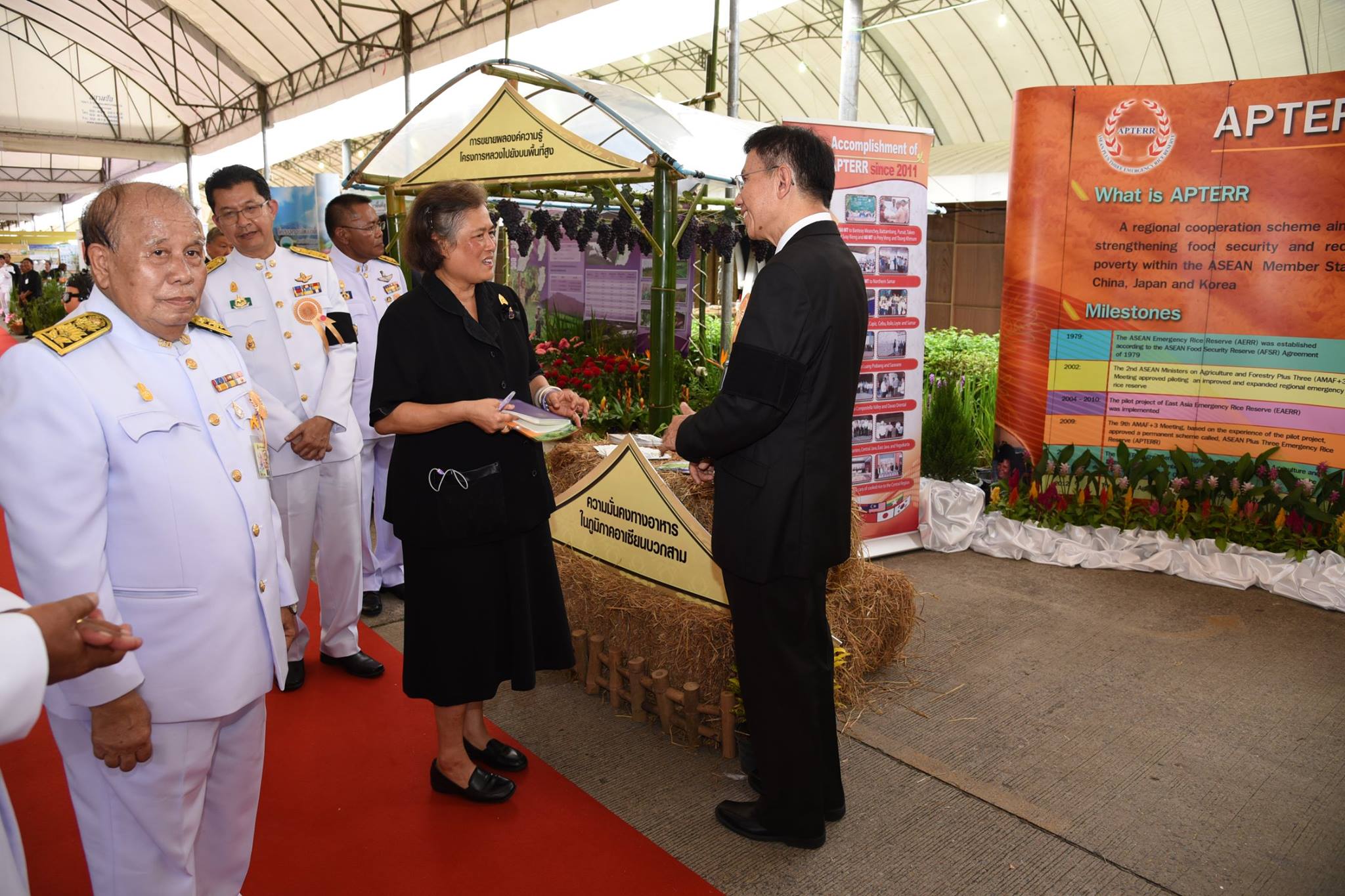 From 3 to 5 June 2017, the APTERR Secretariat was invited to join the celebration of the Rice and Rice Farmers’ Day at the Rice Department, Ministry of Agriculture and Cooperatives of Thailand.The opening ceremony of this event was presided over by Her Royal Highness Princess Maha Chakri Sirindhorn on 3 June 2017.

Throughout the event period, the APTERR Secretariat organised the exhibition to introduce the organisation, functionings of APTERR programmes and achievements on strengthening regional food security since its establishment in 2011 to the public.

The Government of Thailand has declared 5th June of every year as the Rice and Rice Farmers’ Day because, on this day in 1946, the King Rama VIII together with his younger brother (later the King Rama IX) visited and sowed rice seeds into the fields of Bang Khen district or Kasetsart University at present. This day is also celebrated to honour Thai rice farmers as the producers of staple food for the country.