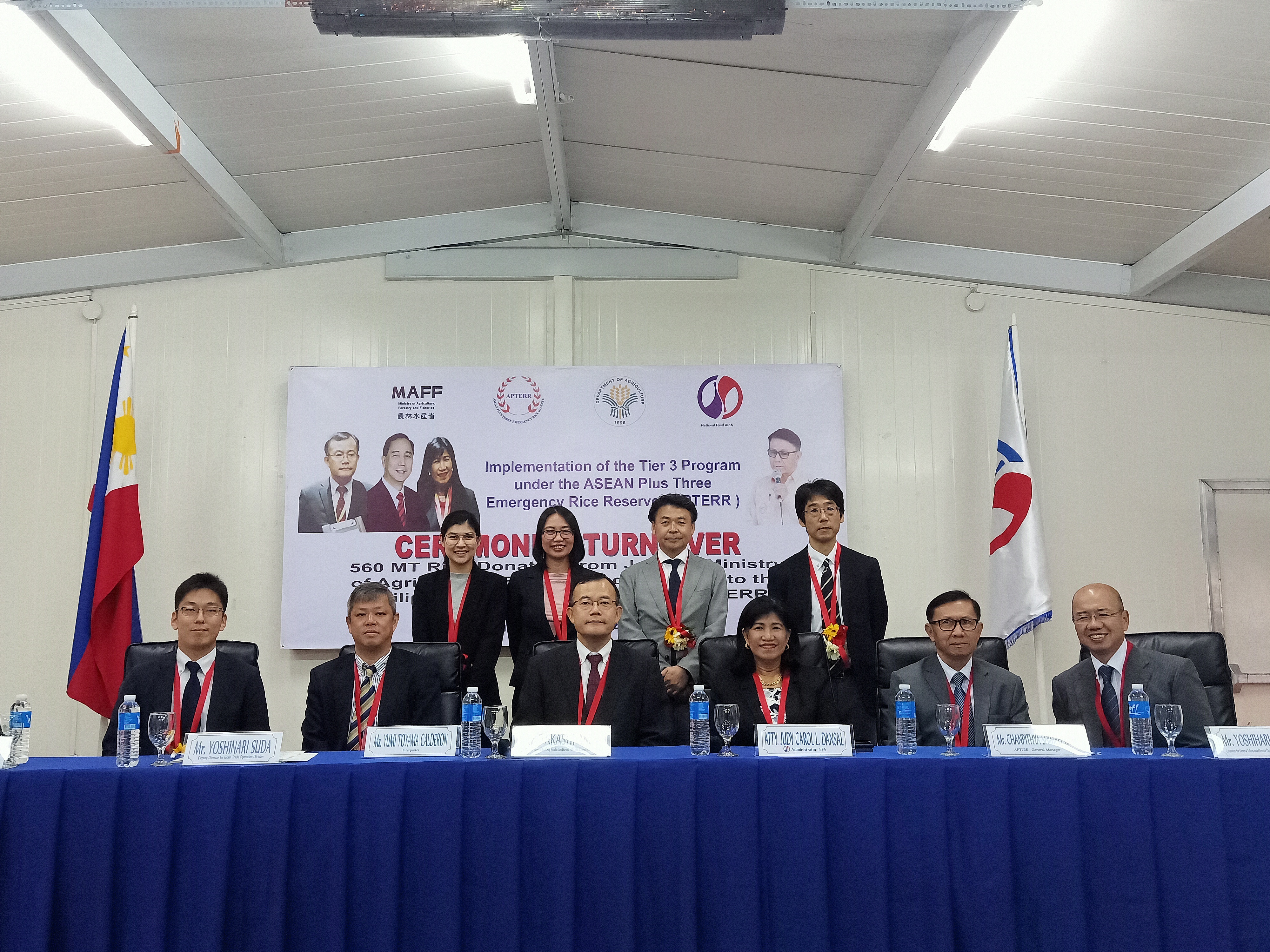 On 16 September 2019, a ceremonial handover of 560-MT rice contributed by the Government of Japan through the APTERR Tier 3 programme was conducted at the NFA-NCR, Quezon City, the Philippines by the National Food Authority (NFA) of the Philippines

The momentous event was presided over by Attorney Judy Carol L. Dansal, NFA’s Administrator. Also, there were representatives from the Ministry of Agriculture, Forestry and Fisheries (MAFF) of Japan led by Mr. Takashi Amo, Director General for Crop Production Bureau and the APTERR Council member, the Embassy of Japan in the Philippines by Mr. Tetsuharu Mori, First Secretary of Agriculture, and the APTERR Secretariat led by Mr. Chanpithya Shimphalee, General Manager together with Mr. Kenji Okuhira, Japanese expert participating in this significant occasion.

The 560-MT rice is going to be distributed to people affected by tropical storms Bailu and Podul, in the provinces of Ilocos Norte and Pangasinan, the northern part of Luzon with the aims of ensuring food security and supporting their recovery and rehabilitation aftermath of severe floods.